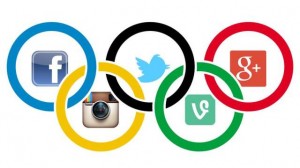 The Rio Olympics 2016 have taken over social media this week & here, we are sharing our favorite accounts to follow. Keep in mind, social media is key to both big events like this one as well as businesses, both big and small. Using social media to market your company is the perfect way to engage your customers and create more traffic to your site. In today’s world, everyone is connected through their mobile device. These connections create so many opportunities, word of mouth is a biggie these days. Anyways, follow these Olympic accounts, we promise, you won’t be disappointed.

Also…do you ever wonder about those blue check marks next to names of people on Facebook or Twitter accounts? It means the account has been verified as either being the real person or a legal representative. Here’s some more info.

NBC Olympics because it’s everything you need to know about Rio. Plus, get exclusive content and interviews that they don’t show on T.V.

Michael Phelps because he’s the most decorated Olympic athlete to ever live and we get to witness his magic.

April Ross because she’s the real deal and she’s competing alongside the legendary Kerri Walsh Jennings.

Matthew Centrowitz (@MattCentrowitz) because he’s fast and really funny. He will be competing in the 1500 m (which he can run in less than 4 minutes!) and his tweets will keep you laughin all day.

Jake Dalton (@jake_dalton) because he gives us a firsthand view of what it takes to compete in the Olympics.

Jim Bell (@jfb) because he’s the Executive Producer of the NBC Olympics, talk about behind the scenes!

Tony Azevedo (@tonyazevedo8) because he was born in Rio but raised in CA, his pictures are great.

Miles Chamley-Watson (@mchamleywatson) because he’s a fencer and a model, what more could you want to see as you cruise through your feed?

Didn’t see your favorite athlete on our list? Here’s some more to check out!