With beer festivals continuing through the fall and of course, The Great American Beer Festival coming up the first weekend of October (which is sold out again), we wanted to check out what our beer brewing clients have in store for the next little while. 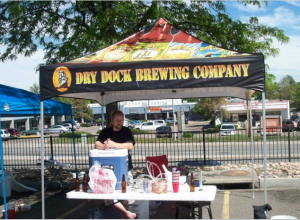 Dry Dock Brewing can be found just east of Denver in Aurora, Colorado. Back in 2005, they were Aurora’s first microbrewery. Ever since they have established themselves by expanding & becoming a local gathering place. Come hang out in their tasting room, sit among their 180 seats and grab an award winning beer. To add to the fun, their events list is never ending. Stop by on September 23rd for the 6th annual Dante’s Wingferno Challenge. This year, they’re raising money for hurricane relief. Stop by & join them for this “hot-as-heck wing eating contest”. 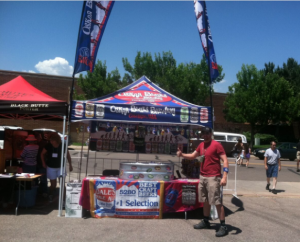 Oskar Blues Brewery, who started their brewing adventure in Lyons, Colorado & now has locations in North Carolina & Austin, TX, is always ready for a good time. They were the first microbrewery to start putting craft beer in cans with their famous Dave’s Pale Ale and ever since they’ve made a name for themselves. Now through the rest of the month, check out their show stoppin music line up at the Tasty Weasel in Longmont, Colorado. Every Thursday, Friday, Saturday & Sunday you can get a tasty brew & sit back for some free live tunes. 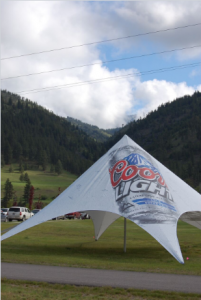 Coors Brewing Company may not be considered a microbrewery, but none-the-less, it’s a must visit brewery when you are in the Golden, Colorado area (just a quick 20-minute drive west of Denver). With a long history dating back to 1868, Coors has become a legend in the beer industry. For both locals & visitors alike, it’s the perfect place to stop after enjoying an autumn hike. Tours are free 10am-4pm Thursday-Mondays and trust us, you will want to stop and check out the “largest single-site brewery in the world”.

Beer lovers know it’s true, it’s always beer season if you know where to go. Microbreweries have been popping up across the country for a while now & in our home state of Colorado, they create their own culture. In fact, according to Colorado’s NBC affiliate, “Colorado is now home to 348 breweries, the 2nd most in the nation.” Cheers to that. Enjoy all of the above beer and always remember,  please be responsible!