The KD BARREL, all the great features of a 10×10 canopy with an added new style. An excellent design with 75% more graphic space to promote your next event. This unit is a steel frame with custom fittings for the Barrel top.

Get a Custom Quote 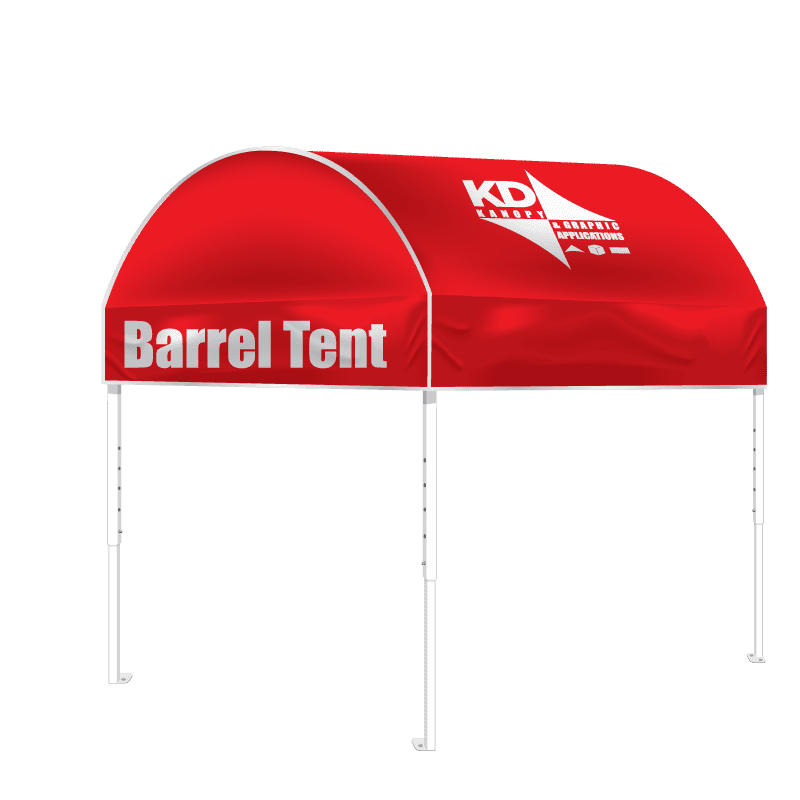 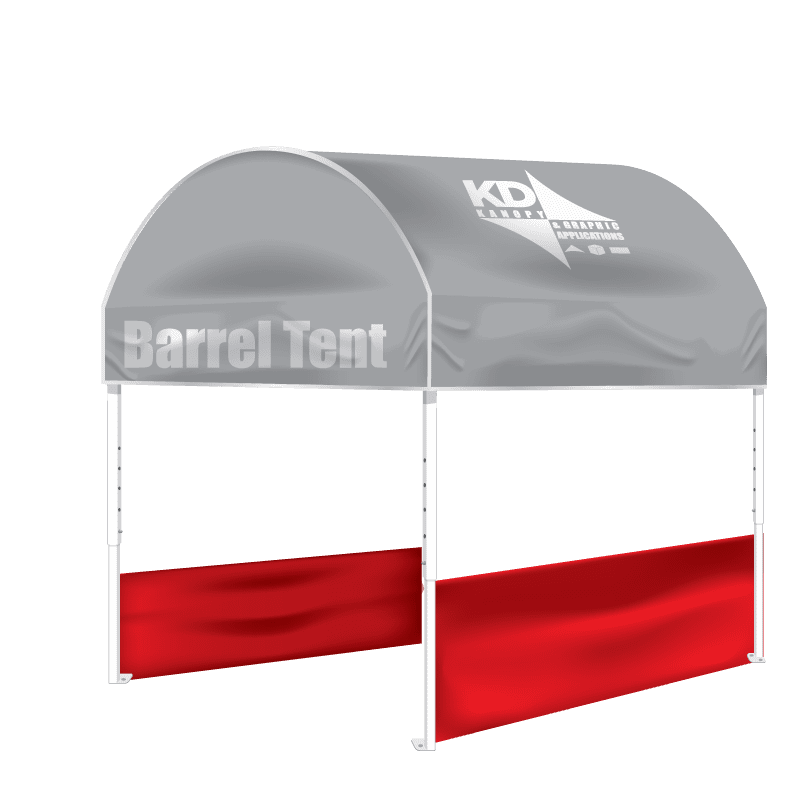 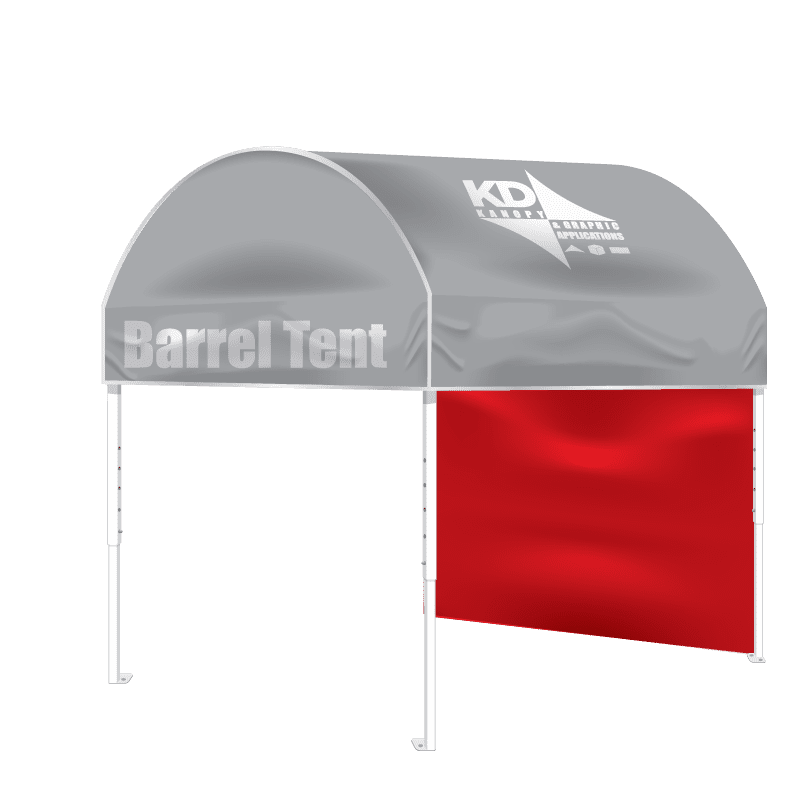 Shown with Side Panel
More Info 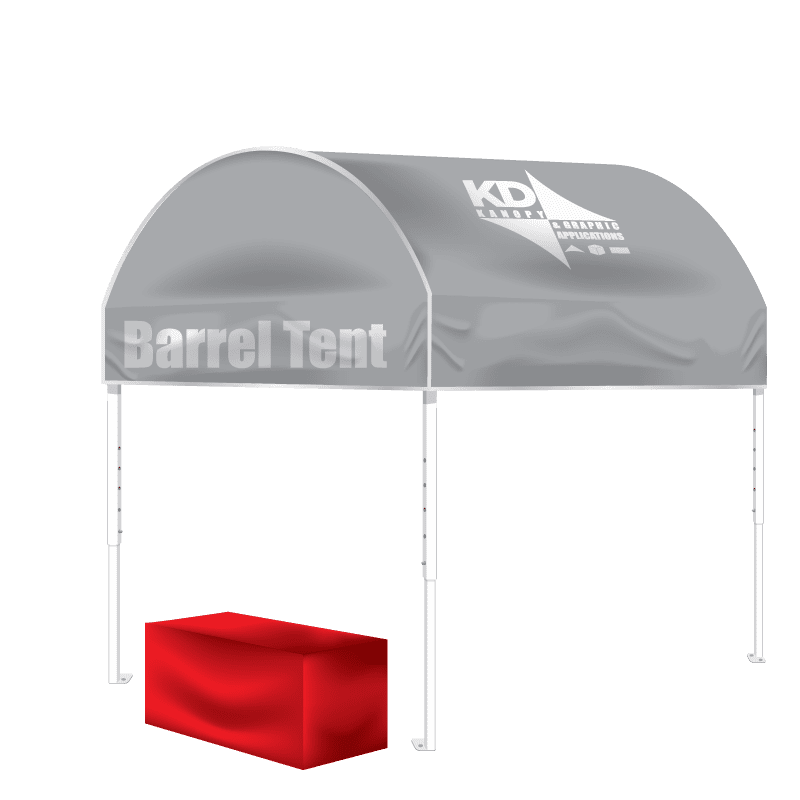 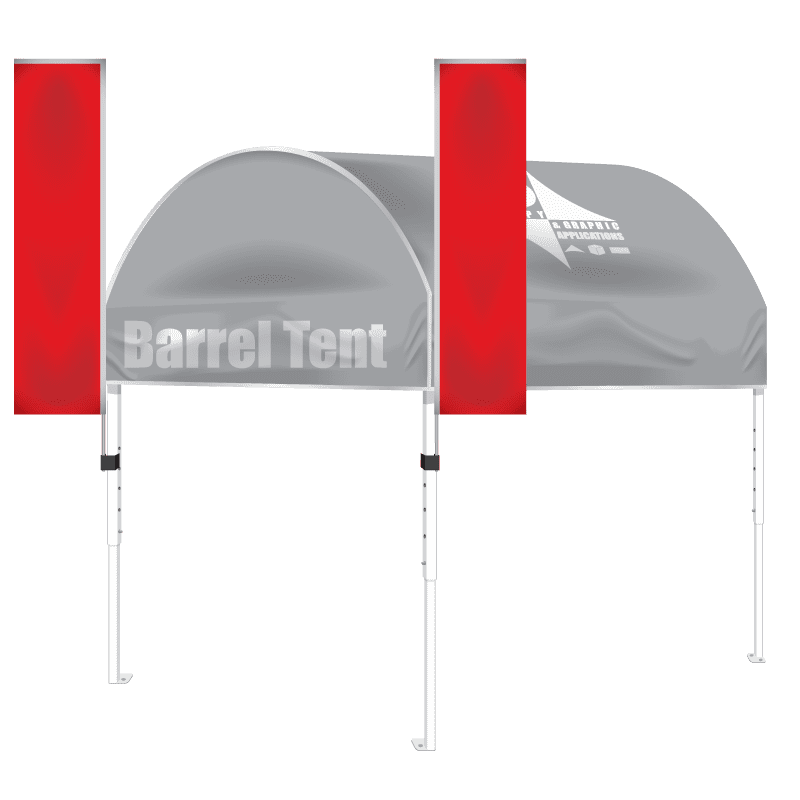 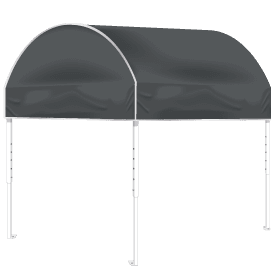 Screen Print: We use a UV ink that is cured into the fabric. Durable and long lasting, allowing your logo to stand out!

Digital: Full bleed color, digitally printed with UV ink that is guaranteed not to fade and keep your graphics vibrant looking and long lasting.

Dye Sublimation: Full color transfer that is ideal for indoor shows and the material is washable.

Take two square tubes with the two push pins, one on either side (C), one square tube with two holes (B) and two “T” joints (A). Slip the shorter end of (C) into the “T” joint (A). The push pin will lock into the hole. Slide the longer side of (C) into either end of (B) – Repeat this with the remaining two pieces on the other side.

You should now have 3 (ACBCA) completely assembled. Take the curved (D) tubes, with push pins on either side, and connect them to the previously assembled (ACBCA) pieces, starting with one side and then moving to the other.

You should now have 3 (ACBCA) completely assembled. Take the curved (D) tubes with push pins on either side and connect them to the previously assembled (ACBCA) pieces, starting with one side and then moving to the other.

Take the curved tube (E) with a push pin on one side and a slight bend on the other and lock it into place in the open hole of the “T” joint (A). Repeat this step on all four sides.

Place the canopy top
on frame.

After taking everything out of the carry bag, center one person on each side, in line with center scissors beam. Grasp the lower “V” at the center. Both will lift and pull out, stepping away from each other.

ull frame completely out. Push the leg socket over the button, so that it is resting on top of the button. Do this to each leg in the up, or extended position.

Place the top frame into the hole on each of the four corners of the bottom scissor frame that you expanded and locked into place earlier.

Pull the canvas top down taught and secure it by wrapping the velcro around the frame.

Lift each leg and slide lower leg extension out until the latching button snaps into the first adjustment hole.The KD Kanopy will be set at the lowest upright position.

For height or leveling adjustment, depress leg latching buttons and slide the lower leg extensions as required to latch at any of the four adjustment holes. Last, put the four ground spikes through each hole in the bottom legs to secure to ground.

Design Your Own Kanopy

Below are the available template files in Adobe Illustrator format. Refer to our Graphic Requirements page for information on File Submissions and Printing Requirements. 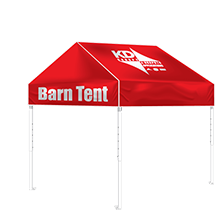 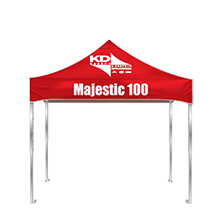 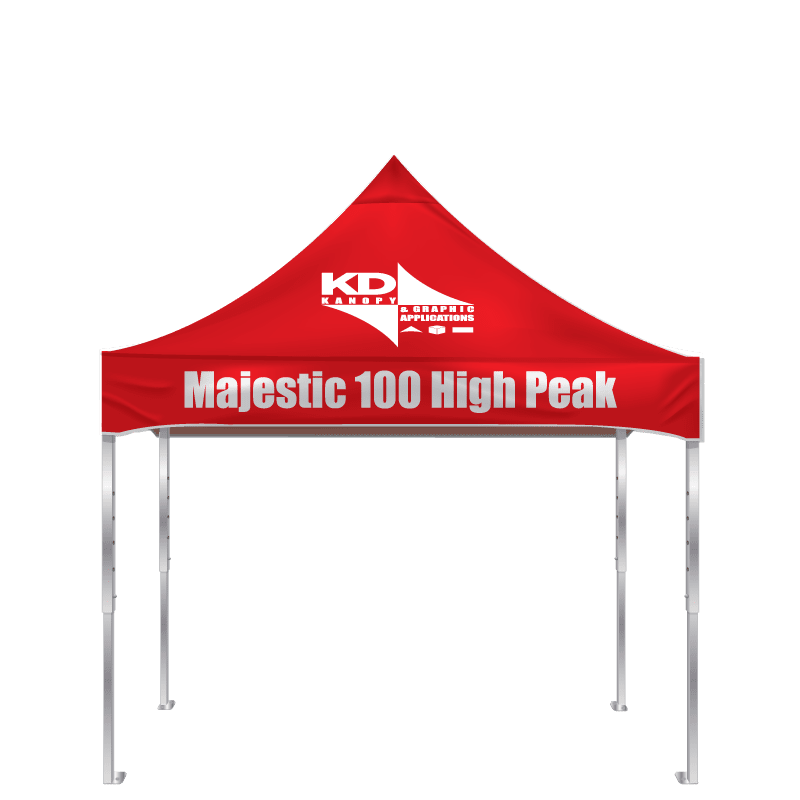 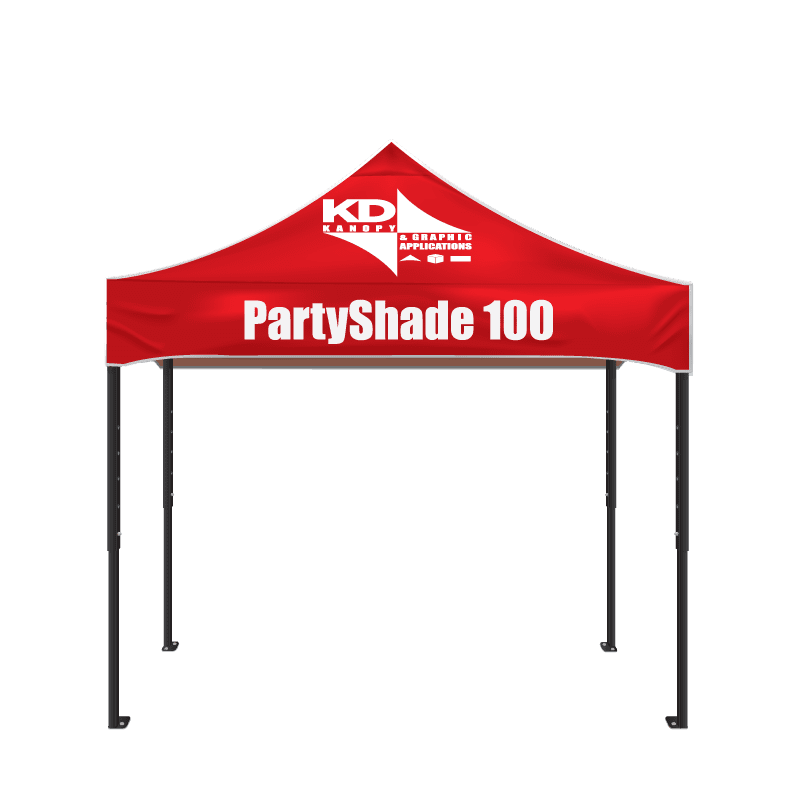 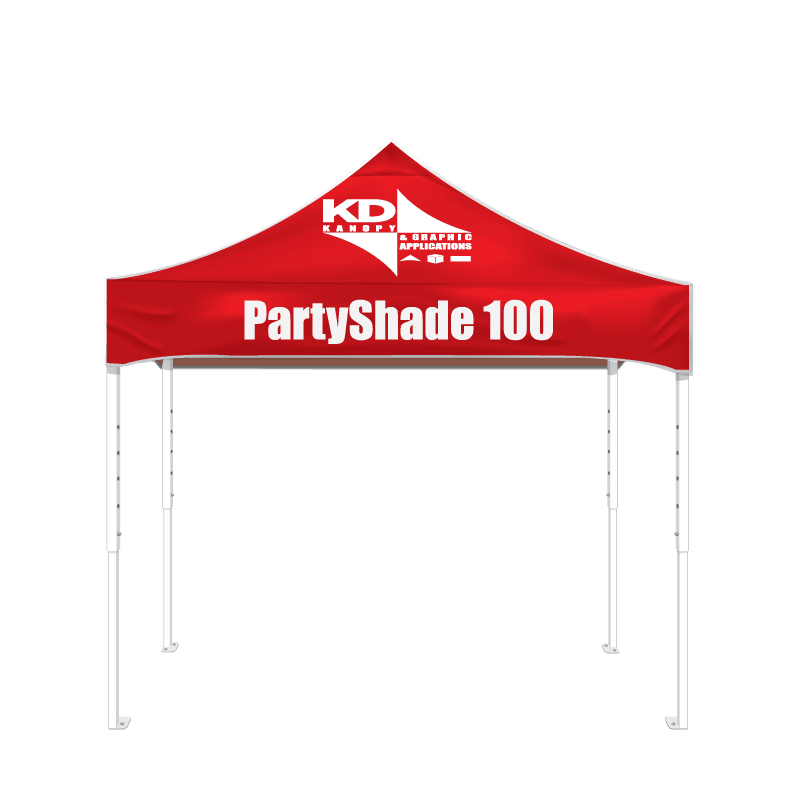 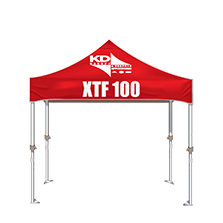