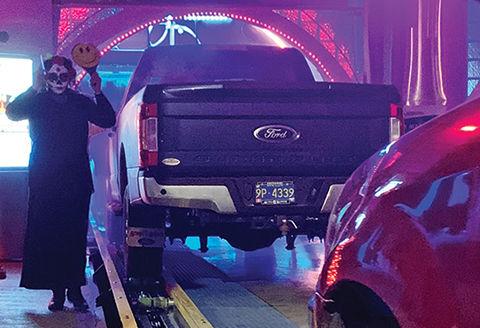 The spookiest time of year is lurking in the near future. Overall, 2020 has been pretty scary but Halloween is a good excuse for all of us to take a break from reality & have some fun. It’s also a great excuse for some spooky marketing tactics. When you’re out and about you’ll notice how candy, costumes, and Halloween decorations are taking up space next to the face masks and hand sanitizers at local small businesses and big box retailers.

Halloween happens to be one of the biggest money makers for retailers as millions of Americans plan to participate. Predictions are slightly down this year, from an estimated $9 billion dollars last year to $8.8 billion dollars this year, according to our friends at ABC. Long story short, if your business isn’t partaking in a head-turning Halloween marketing campaign, you’re missing out.  But, there are a few companies that have taken this idea to a whole new level by adding pranks to their campaigns. Here are a few of our favorites.

Of course, one of the most classic Halloween prank is scaring people, right? Ford took that idea & bumped it up a notch. The people in this video were asked to stop off at a local car wash on the way to a filmed test drive. Let’s just say, they were lucky they made it out. Check out the clip here!

Have you ever stuck your hand up the vending machine to try to grab your desired treat? Surely, you’ve at least thought about it? Leave it to Rice Krispies to add a scary element to this concept. Nothing like a good scare to increase your appetite! Watch this one in action here.

Back in 2012, LG took a traditionally boring product-demo video and made a memorable spoof. They claimed to have images on LG IPS TV screens that were life-like. They had a team of technicians install these screens to the floor of the inside an elevator. When unsuspecting riders got in, they were really in for a treat. Watch the clip here!